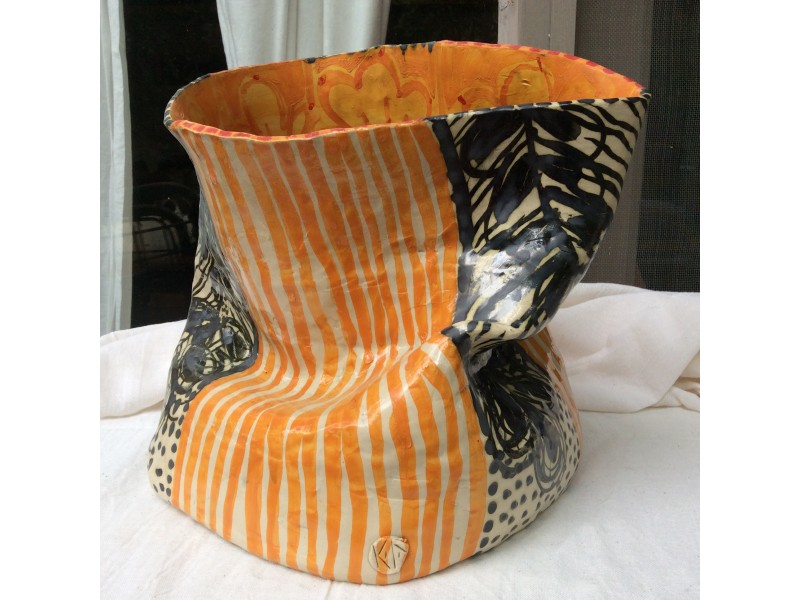 She studied at the School of Fine Arts, painting with N. Nicolas and G. Moralis, stage design with V. Vasiliiadis, Mosaic with G. Kolefa. She continued studying mosaic in Ravenna, Italy, with Paolo Racagni.

She has been involved in ceramics since 2006. She has made 14 solo exhibitions so far. Her work is exhibited in the collections of the Benaki Museum, the Peloponnesian Folkloric Foundation of Nafplion and in some  private collections in Greece, France, Switzerland, Italy, Cyprus, Armenia and Luxembourg. In 2012 she took part in the Pan-Hellenic Pottery Competition and won the second praise. In 2013 in the same competition she won the first prize.

Since 1988 she lives and works in Aegina.

More from Katerina Giannaka View all »