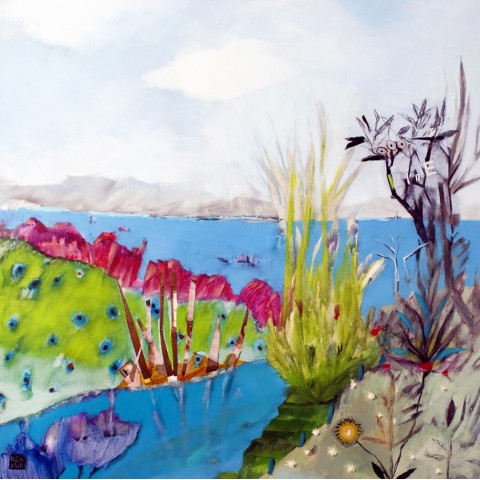 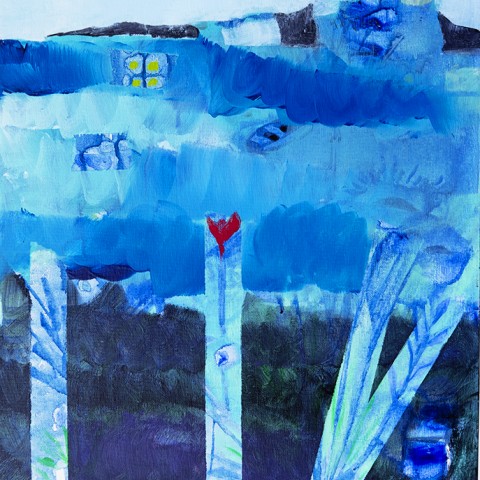 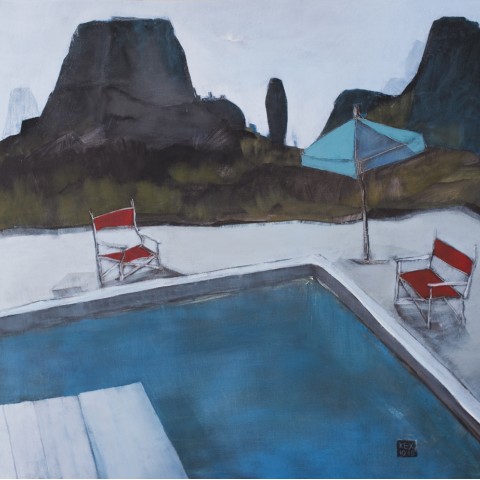 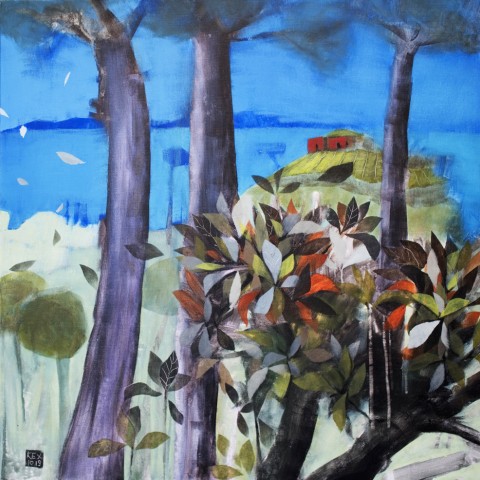 Christos Kechagioglou was born in Thessaloniki in 1960. He paints consistently since 1978. He studied civil engineering at the Technical University, Film Direction at Chatzikou school in Athens and completed his postgraduate studies in Philosophy of Art in Paris, at University Paris I – Sorbonne, studying the connection between cinema and painting.

He is the creator of many art videos and experimental films, presented in galleries in Greek and international festivals. He has done 38 individual exhibitions, starting in 1981 at Arts and Literature Club in Thessaloniki, and has participated in over 90 group exhibitions in Greece and abroad.

October 2018 “WATER FUTURE” in Roes Multi Venue, Nicosia Cyprus. His work has been featured in many books, catalogs, museum albums and publishing houses. His paintings can be viewed at galleries, museums and major collections throughout Greece and abroad. He is a permanent collaborator with ZOUBOULAKIS galleries in Athens and THEOREMA ART GALLERY in Brussels.

Red chairs in the pool

Vegetation in the river